OK, it ended up being for Bailey because I was SOOOOOO tired of knitting it and when I finished it, it was too little for me.

Oh well, she looks really cute in it! I’ll make myself another one! 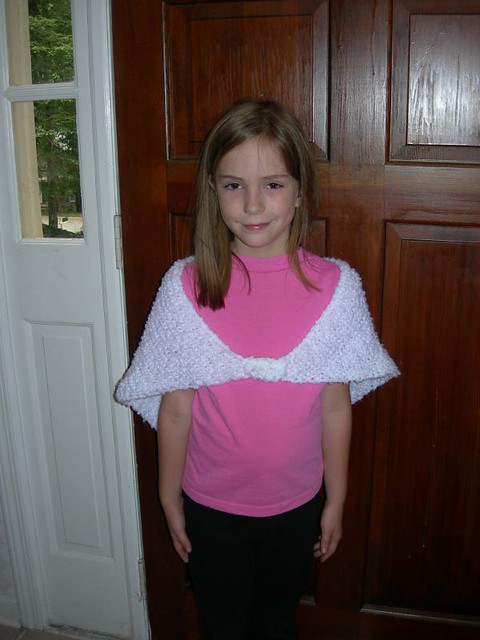 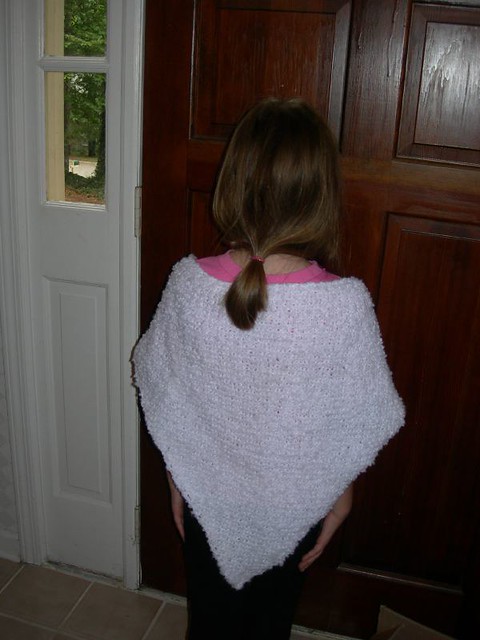 I’ve started working on a shawl for the freezing days at work! It feels like I’ve been knitting this forever and ever! I’m close to the end of the ball of yarn and then I discovered another ball! I’ll have to decide if I want to keep going once I finish.

I’m also working on making bailey belt out of this really cool bamboo yarn I picked up off the clearance rack at joann’s!

here’s my first 2 octopi, Byron’s big brothers. He also has a furry pink big sister octopus who’s not finished yet. I crocheted her in the car on vacation and she still need to be stuffed and have a tushy! 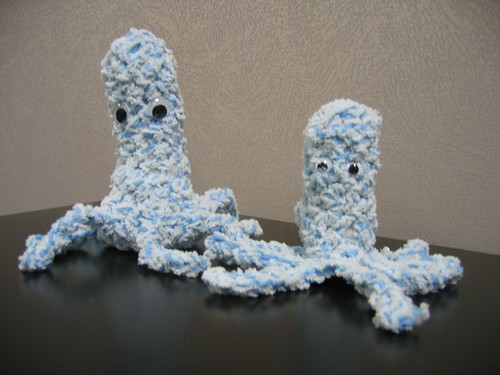 Yet another of my crocheted animals. I’ve also made 3 octopi! I’ll put up photos of the octopi soon.

I also finished another knitted item last night as well! A long green and blue scarf. 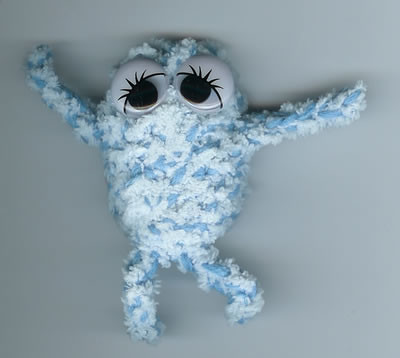 Oddly enough, I learned to knit when I was on vacation over the weekend. I coaxed my husband to take me to the yarn store in Blue Ridge, GA to buy some more yarn for crocheting and the lady said she’d show my daughter how to knit. The next day, DH dropped us off and I learned how to knit while DD swept the floors and straightened up the magazines! She got bored of learning how to knit really quickly.

So, I learned how. I finished my first knitted object this morning. It was going to be a scarf, but I got bored and decided to make it an ipod/blackberry cozy. 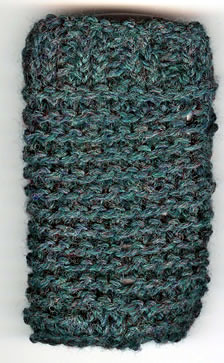 So, I finished my first attempt at the iPod sock, but it was totally not even, so I make it into a small purse for my 6-yr-old to play with.

I started a new one and followed the pattern (basically 14 rows of hdc). However, the yarn I’m using is to as thick so, of course, my finished rectangle was about 2 inches too short. So, I decided to make it a sock for my Rio instead. It was a little short, so I did three rows around the top, which looks kind of cool. All in all, I’m pretty happy.

I’m going to learn the double and triple crochet next and maybe use those to make my son a scarf. Have some nice blue yarn to use for him.

Once I get the stitches down, then I’ll try another go at the iPod sock using the fancy yarns I have. 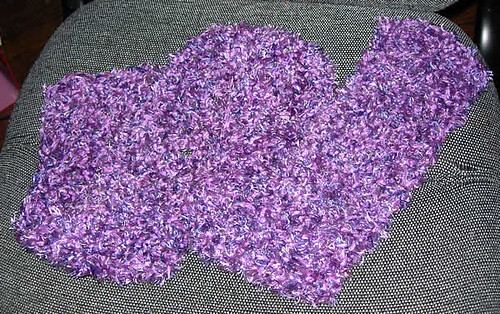 I crocheted this scarf! I made Bailey a pink one from a “learn to crochet” kit, but this is the first scarf I crocheted from “fancy” yarn. It’s really toasty and totally beautiful.

I started crocheting an iPod case the other day. After unraveling it for about the fourth time, I finally got a good start on it. I’m doing a new stitch, so I’m pretty excited. I’ll post photos once it’s done.

Of course, I had to send my iPod back to Apple to be fixed. All of a sudden, all I can see is the Sad iPod icon. 🙁